Source[google.com.pk]
Karisma Kapoor Hot Biography
Karisma Kapoor (born on 25 June 1974), often informally referred to as Lolo,[1] is an Indian actress appearing in Bollywood films. Born into a family where her parents, Randhir Kapoor and Babita, were actors, Kapoor made her acting debut at the age of seventeen with Prem Qaidi in 1991. She subsequently featured in several commercially successful films such as Jigar (1992), Anari (1993), Raja Babu, Suhaag (1994), Coolie No. 1, Gopi Kishan (1995), Saajan Chale Sasural & Jeet (1996).
In 1996, Kapoor earned her first Filmfare Award for Best Actress for Raja Hindustani, her biggest commercial success, and later received the National Film Award for Best Supporting Actress for her performance in the romantic drama Dil To Pagal Hai (1997). She went on to play the leading role in the critically acclaimed projects, Fiza (2000) and Zubeidaa (2001), for which she earned the Best Actress and Best Actress (Critics) trophies at the Filmfare ceremony. Having done so, Kapoor has established herself as one the leading actresses of Hindi cinema.
During her career, Kapoor has received one National Film Award and four Filmfare Awards, among six nominations. In addition to acting in films, Kapoor has played the leading role in the television series, Karishma - The Miracles of Destiny (2003) and has also featured as a talent judge for the reality shows, Nach Baliye and Hans Baliye. Following a high-profile relationship with actor Abhishek Bachchan, Kapoor married Sanjay Kapoor in 2003, with whom she has two children. She subsequently took a sabbatical from acting after her marriage before featuring in Dangerous Ishhq (2012).
Contents  [hide]
1 Early life
2 Career
2.1 Debut and early work (1991–1995)
2.2 Success and critical acclaim (1996–2002)
2.3 Sabbatical (2003–2010)
2.4 Recent work (2011–present)
3 Personal life
4 Stage performances
5 Filmography
6 Television
7 References
8 External links
[edit]Early life

Main article: Kapoor family
Kapoor was born in Mumbai to Randhir Kapoor, an actor popular during the 1970s and 80s, and actress Babita. She is the granddaughter of actor and filmmaker Raj Kapoor, great-granddaughter of actor Prithviraj Kapoor, grand-niece of actors Shashi Kapoor and Shammi Kapoor, sister of actress Kareena Kapoor, niece of actors Rishi Kapoor and Rajiv Kapoor, and first-cousin of actor Ranbir Kapoor.[2] Kapoor studied at the Cathedral and John Connon School in Mumbai, and later studied in Sophia College for a few months.[3]
[edit]Career


Kapoor with her mother Babita Kapoor and sister Kareena Kapoor.
Kapoor made her debut in the 1991 movie Prem Qaidi, which was a semi-hit. Although most of her multiple releases from 1992–1996 failed to do well at the box office, she had some success with films like Jigar (1992), Anari (1993), Raja Babu & Suhaag & Khudaar (1994), Coolie No. 1 & Gopi Kishan (1995), Saajan Chale Sasural & Jeet (1996) Judwaa & Hero No. 1 (1997).[4]
[edit]Success and critical acclaim (1996–2002)
In 1996, Kapoor played the female lead in Dharmesh Darshan's Raja Hindustani opposite Aamir Khan. The movie was the highest grossing film of the year[5] and she won her first Filmfare Best Actress Award. The following year, she won the Filmfare Best Supporting Actress Award and the National Film Award for Best Supporting Actress for her role in Yash Chopra's super-hit,[6] Dil To Pagal Hai opposite Shahrukh Khan and Madhuri Dixit.
Kapoor took a year break from films in 1998. Her diminutive comeback in 1999 proved to be good as she took part in the year's most successful films. Kapoor starred in four absolute hits. David Dhawan's comedy Biwi No.1 opposite Salman Khan became the biggest hit of the year. She proved to have success with comedy films, as David Dhawan's another film Haseena Maan Jaayegi did fairly well at the box office.[7]
Kapoor also collaborated for the first time with the Rajshri Productions banner with Hum Saath-Saath Hain: We Stand United which also resulted in a hit. Her last release, Jaanwar opposite Akshay Kumar, was another box office hit, making her the most successful actress of the year.[8]
In 2000, she won her second Filmfare Best Actress Award for her performance in Khalid Mohammed's Fiza. Her performance in the film was highly acclaimed and several critics noted her for showing great emotional range and depth. Mimmy Jain of The Indian Express, in a positive review, wrote, "As the young girl who is sick of the suspense and disruption that her brother's disappearance has caused in her family's life, as the obstinate daughter who will not listen to her mother's plea to let her keep hoping for her son, as the determined sister who keeps on in her hunt for her brother despite all odds and then seeks to keep him on the right path, this is a new Karisma, and one that delivers a superbly flawless performance."[9][10]
In 2001, she achieved further critical acclaim for her portrayal of the title role in Shyam Benegal's Zubeidaa. The Tribune complimented her by arguing that she "has surpassed herself as the passionate, defiant, wilful and troubled Zubeidaa, the truly modern woman."[11] For her work, she was awarded the Filmfare Critics Award for Best Actress.
In 2002, she acted in Shakti - The Power. Kapoor's performance was applauded with critic Taran Adarsh writing, "the power clearly belongs to Karisma Kapoor. Breathing fire and venom to win back her son from the clutches of a despot, the actress gives it all to the character of a helpless mother and proves what a virtuoso performer she is. Playing the part of a wounded tigress, this is one performance that overshadows all the performances the year has seen so far".[12] For her work, she earned several nominations in the Best Actress category.
[edit]Sabbatical (2003–2010)
In 2003 she starred in Baaz: A Bird in Danger which was her only film release that year. Later in the same year she made her television debut in the Sahara One serial Karishma - The Miracles of Destiny in which she played a dual role of a grandmother and granddaughter.[13] The serial ended after 260 episodes in 2004 she took a sabbatical from full-time acting for several years.
In 2006, Kapoor was seen in two delayed films Mere Jeevan Saathi opposite Akshay Kumar and Ameesha Patel, in which she played a negative role, and Zamaanat starring alongside Amitabh Bachchan and Arshad Warsi. In 2007, Kapoor was seen on Karan Johar's chat show Koffee With Karan, with her sister Kareena Kapoor and Shahid Kapoor, she also won the Koffee Award for Best Supporting Appearance. In 2008, alongside actor Arjun Rampal and director/choreographer Farah Khan, Kapoor began judging the dance show Nach Baliye 4, and continued the following year with Hans Baliye alongside David Dhawan. In addition, she made a cameo role, along with numerous other Bollywood stars in 2007's Om Shanti Om. She was also seen as guest on the reality TV show Wife Bina Life (2010). Kapoor also voiced the role of Chhaya in the Salman Khan and Kareena Kapoor starrer Bodyguard.


Kapoor with her Husband Sanjay Kapoor.
[edit]Recent work (2011–present)
In 2011, Kapoor officially announced she is returning to movies in Vikram Bhatt's next, a 3D film titled Dangerous Ishhq. Her performance received mixed reviews. Komal Nahta commented: "Karisma Kapoor who makes a comeback is profiled in almost every possible manner and given almost every range of acting in this film. Directors notice please! So you have the age-defying mother of two in real life, hopping around in big heals, is eternally decked up with proper make-up and hair romancing, weeping, gun-totting, turning Punjabi, Rajasthani and even Islamic all with stressful accents throughout the film". Times of india commented, "After long, Karisma Kapoor is reincarnated onscreen. Between panic-struck moments and over dramatic emotions, in almost every frame, she seems stuck in the 90s. There are moments of brief intensity where she performs well, but nothing that jumpstarts us back to life".
Kapoor will be featured in the remake of Satte Pe Satta opposite Sanjay Dutt which started filming in January 2012.
[edit]Personal life

Kapoor with sister Kareena Kapoor on Nach Baliye.
Hailing from a family deeply involved in the Bollywood film industry, Kapoor faced the media spotlight from a very young age. As a child, Kapoor regularly attended award ceremonies and events with her mother Babita and father Randhir Kapoor.
Karisma was engaged to Abhishek Bachchan and the engagement was announced in October 2002 on the 60th birthday of Abhishek's father, Amitabh Bachchan. Four months later in February 2003, they split up.[14] On 29 September 2003, she married industrialist Sanjay Kapur, CEO of Sixt India. In typical Kapoor tradition, Karisma was married at the home of her grandfather (the late Raj Kapoor): R K Cottage. They opted for an hour-long Sikh wedding ceremony as Sanjay is Sikh.[15] The couple's daughter Samaira was born on 11 March 2005. After the birth of her daughter, there was considerable rift between her and her husband. The couple has subsequently patched-up. She gave birth to their second child, son Kiaan Raj Kapoor on 12 March 2010.[16] 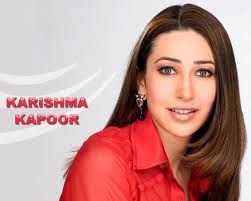 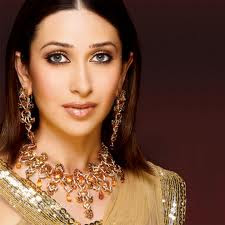 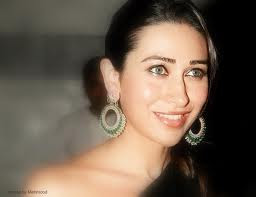 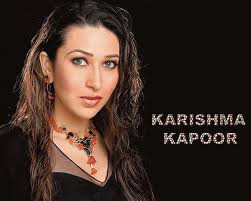 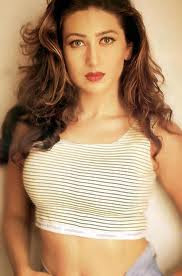 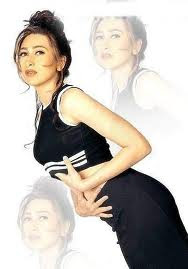 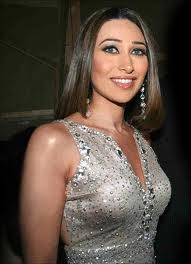 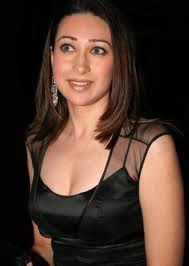 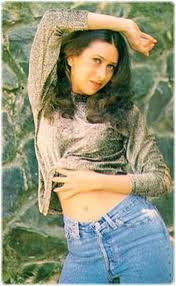 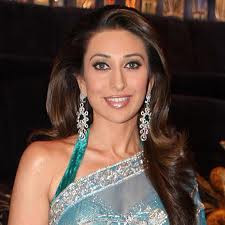